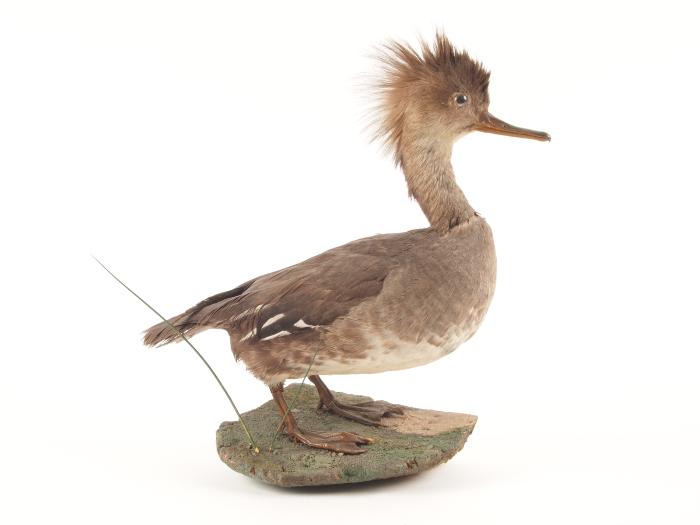 Hooded Merganser, Female  (Lophodytes cucullatus)
From a distance a Hooded Merganser might look like a common Mallard, but up close it is hard to overlooked the distinct crest of feathers on their heads.  Hooded Mergansers nest in trees and although they are not currently endangered, their habitat is threatened by deforestation.

L Is For Lyceum - Overlooked Animals (2016)
In the ancient world, the lyceum was where the greatest Greek philosophers taught. The concept of the lyceum was revived by American intellectuals in the 19th century who believed that public education was an important part of our democracy. Founded in 1854, the Grand Rapids Public Museum was originally named the Grand Rapids Lyceum of Natural History. In 2015 the Grand Rapids Public Museum School was founded with many community partners. The Museum School has developed its own version of the lyceum - an innovative after-school program that pairs local experts with middle school learners to exercise their minds and bodies by exploring an eclectic range of topics.