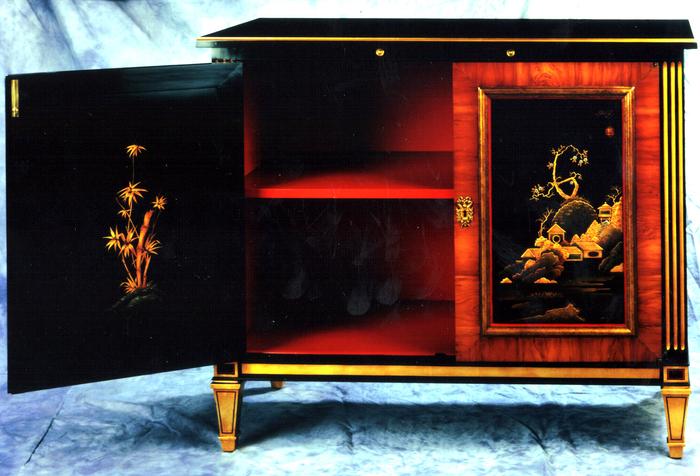 Purchased With Funds From The Titche Family


Frank J. Davidhazy
Frank J. Davidhazy was born on April 17th, 1901 in Hungary and emigrated to the United States in 1911. He originally worked in New York City but in 1922, he moved to Grand Rapids, Michigan and began to create hand-decorated furniture for Robert W. Irwin Furniture Company. For 66 years, his furniture became legendary in Grand Rapids. His son, Frank C. Davidhazy also became a furniture craftsman and together the duo opened the Davidhazy Furniture Studio in 1956. He retired in 1988 and passed away on April 23rd, 1996.