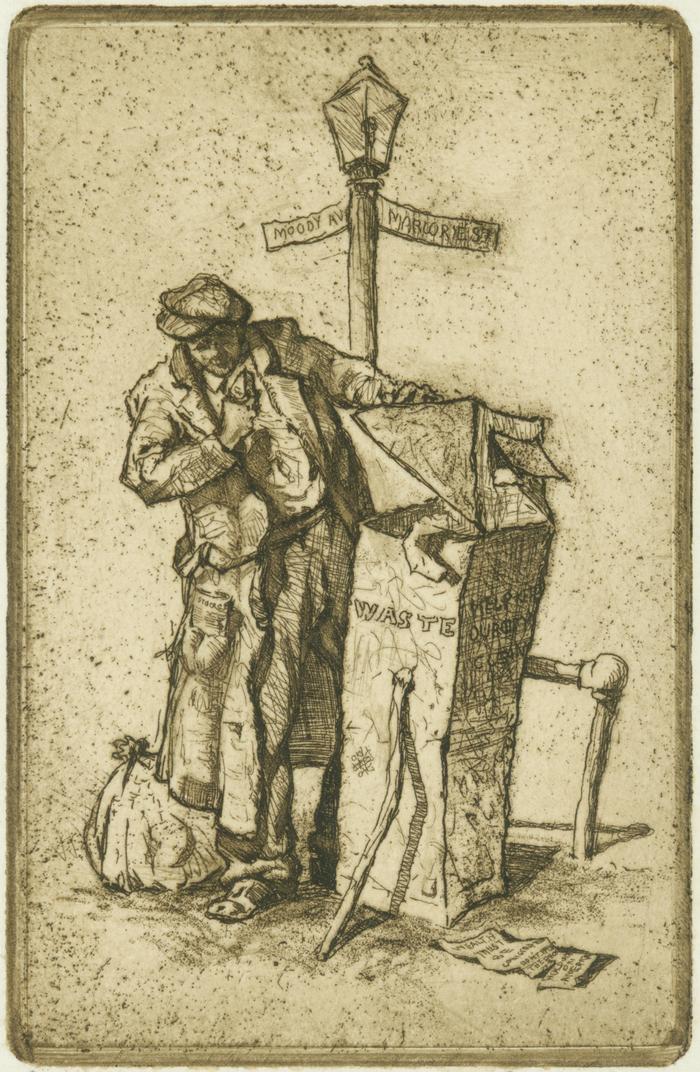 Final State. Vertical. Image of a male figure standing on a street corner. A street lamp with street signs is depicted behind him. He looks into a tall wastebasket. He wears a hat, shirt, long coat, and shoes. A bag is on the ground behind him. A newspaper with the word 'Stock' on it is in his coat pocket.;Reynold Weidener.. Down On His Luck. 10/100. Reynold Weidener.. |