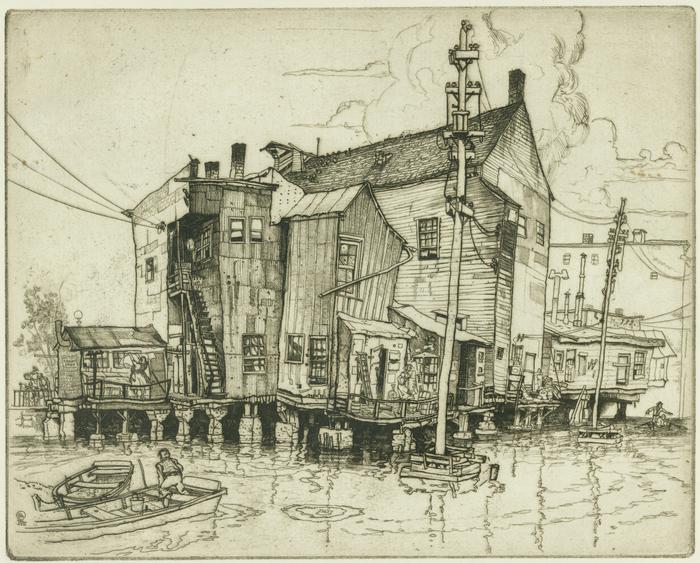 Final state. Horizontal. Image of builldings on a river. The river runs through the foreground. The buildings hang over the water, supported by thick columns. Two figures stand on building porches. Three figures are in boats on the river.;Flat river. Reynold H. Weidenaar.