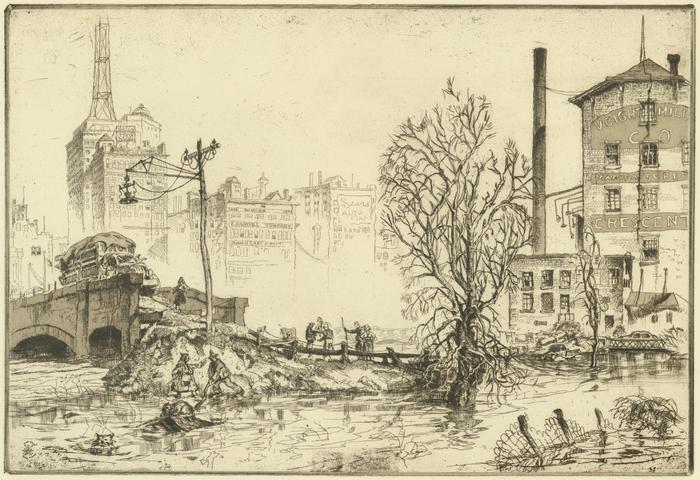 State III. Horizontal City scene. Image of flooded river. The bridge appears to be washed out or under construction. Rubble sits in front of the bridge and in the water. Two cats float in the bottom left corner; a fireman tries to rescue them. A large truck is stopped at the end of the bridge. Curiously, a female figure stands between the truck and the rubble. Several other cars and figures can be observed as well. The Voigt Mill Co. building is represented more distinctly than several other buildings in the background.;High Water (Grand Rapids) Reynold H. Weidenaar. Three Highwater (Grand Rapids, Michigan) Etching..