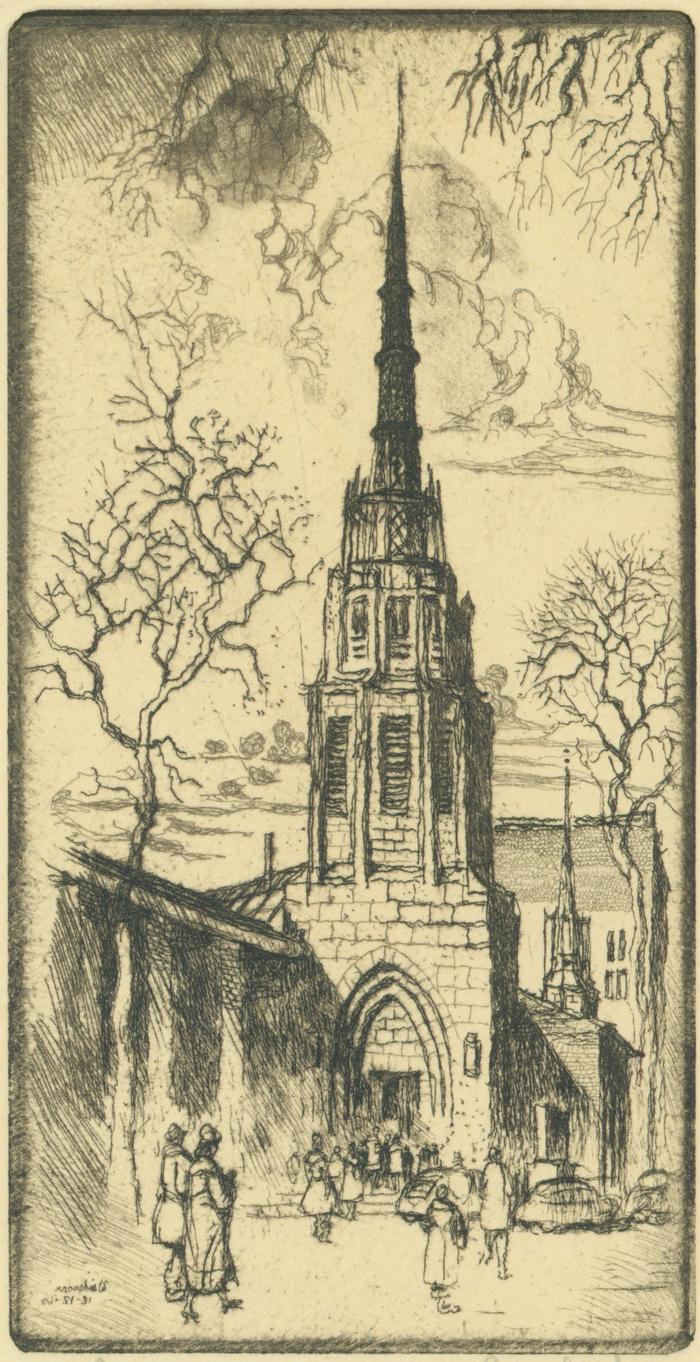 State I. Vertical. Image of the tower of La Grave Christian Reformed Church. Several figures are depicted in front of the building. Only known state.;Image on plate is clearly visible.;LaGrave Tower. Reynold Weidenaar. Writing, possibly not artists 'Best wishes for a Blessed Christmas