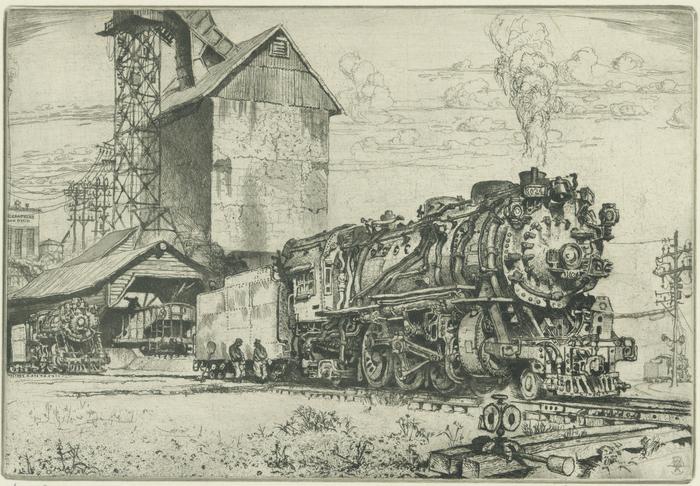 State IV. (Final; Edition State). Enginge pulling one car. The artist depicts the engine in detail. Smoke emerges from it. Two figures stand next to the car. Another engine can be seen behind the first. behind the tracks is a large building.;Last Run, Reynold Weidenaar a.n.a.