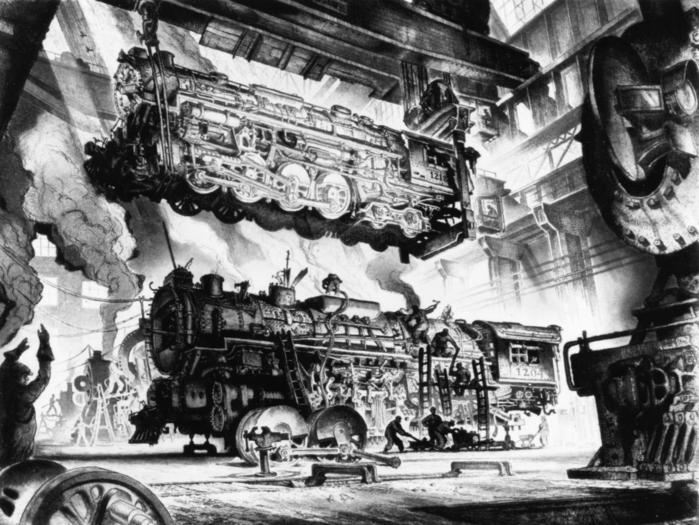 State IX (Final). Horizontal. Interior image of a locomotive shop. On the right, the front of a locomotive is placed in the foreground. In the middleground, figures work on another train engine. Pulleys support a third engine as it is lifted through the air.;Collection contains 4 states. Each state shows additions to the composition. State I depicts the basic outlines for the images and the development of shading in some areas. State II has areas which will have additional shading pencilled in. State IX includes the addition of aquatint.;[Back of Print]: Margin cut by excessive pressure from plate.. 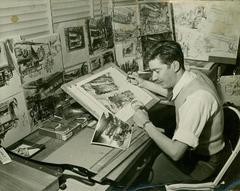