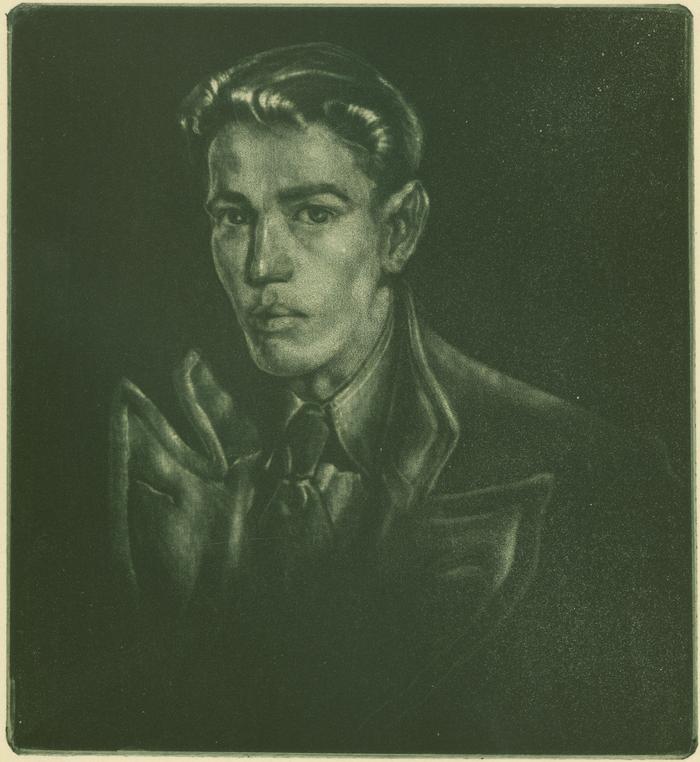 Status IV. (Final; Edition State). Self-Portrait of the artist. He wears a shirt, tie and coat with large lapels. He stare directly at the viewer. His lips are closed. The figure is represented against a dark background.;This State in green ink; all others in black.;Self-1941. Reynold H. Weidenaar..