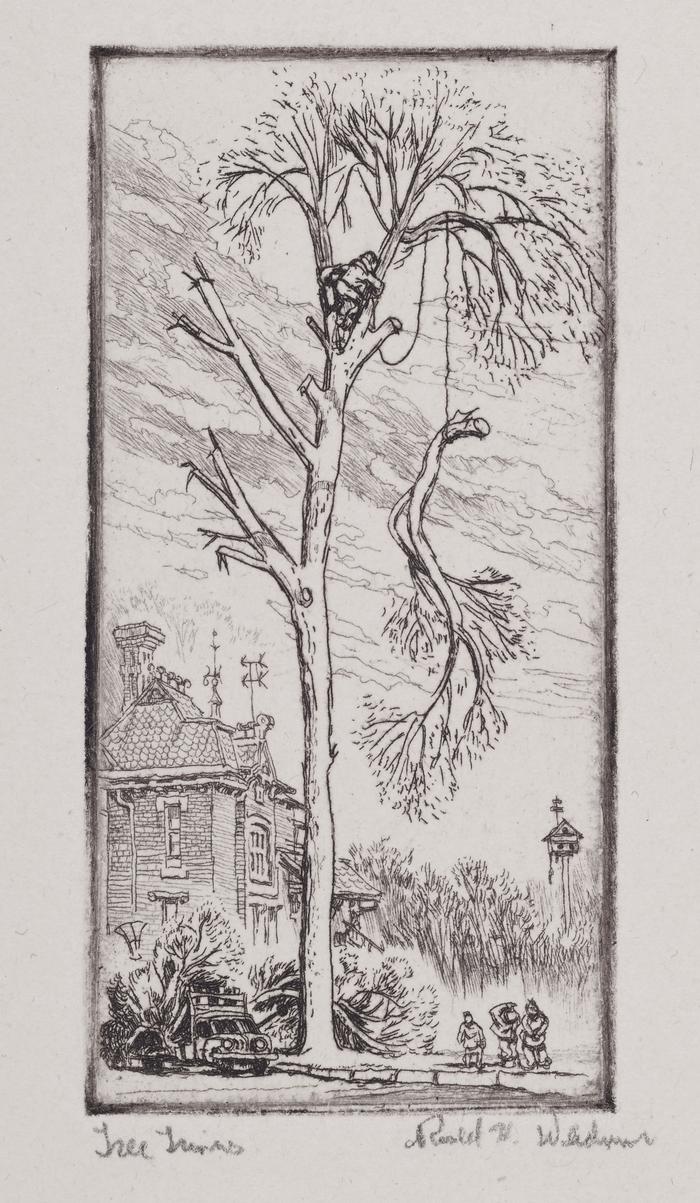 Vertical. Image of a tree trimming. A figure in a tree eases a large branch tied to a rope down to the sidewalk. Several branches have already been cut off and are laying next to a truck. These figures watch the trimming from below. A house is represented in the background.;Tree Trimmers. Reynold H. Weidenaar..