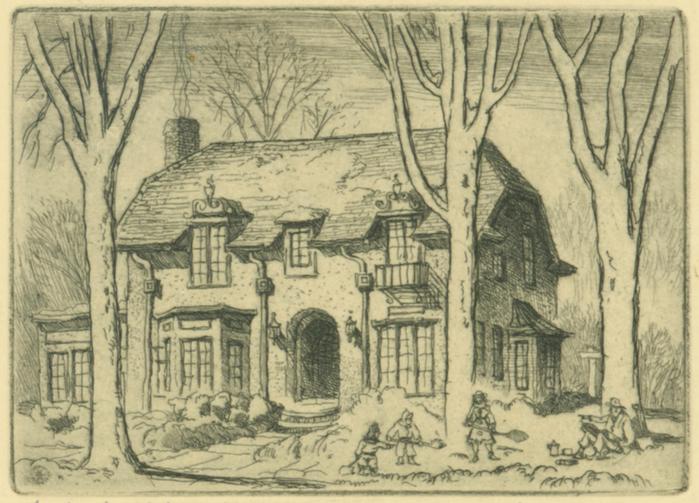 Horizontal. Image of a large house with an arched entrance. Thee large trees stand in front of the house. Three figures, one female adult and two children shovel snow while a forth adult male sits againt a tree and gives directions.;Too Much White Stuff. Reynold H. Weidenaar. a.n.a..