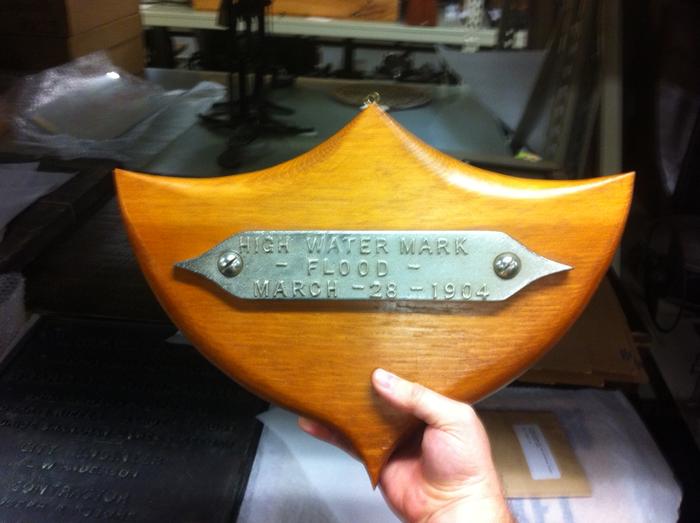 Harrison Park School Grand River Exhibit (2014)
The fifth Grade class at harrison park Elementary created this exhibit for there school after participating int he Immerse program at the museum.

Investigate: Historic Grand River Artifacts (September 2018)
During the Investigate program, students will take the role of Museum curators and use close observation and critical thinking to discover the origin, meaning, and importance of real objects from the Museum’s Collection. Students will learn how to handle and study primary sources and will be pushed to consider how singular objects or groups of objects can tell meaningful stories about our place.

Leitelt Iron Works
Founded by Adolph Leitelt in 1862, this iron works is among the oldest in the state of Michigan and, at its peak, one of its largest. In 1914 the company occupied a plant at the corner of Erie and Mill Street, "including among its departments, machine, blacksmith, boiler and pattern shops, iron and brass foundries, and structural iron works, with a total of 65,600 square feet of floor space, and employed about 150 men." The company operated the first boiler shop in Grand Rapids, while still known as the Valley City Iron Works. A fire in 1872 destroyed the first foundry and machine shop. The company specialized in the production of lumbering equipment, and factory machinery, especially for the furniture industry.