This gray felt fedora has a thick black hatband, a center dent bash, and an overwelt edge. The sweatband is made of leather and features two printed labels. One is for Dunlap & Co. which was the maker of the hat. The other is for Mackenzie, Bostock, Monroe which was the seller. The words "custom edge" can also be seen printed on the sweatband. There are also puncture holes in the sweatband that create the initials C S V which stand for Carl Simon Voigt who was the owner of this hat. The interior silk lining is also printed with a Dunlap label. This hat was stored in a Dunlap box.

Carl Simon Voigt
Carl Simon Voigt was born in 1874 to Charles G.A. and Elizabeth Voigt. He attended Grand Rapids Public Schools and graduated from Central High School. Carl was active in his father's milling business and generally in the Grand Rapids business community for many years along with his younger brother, Ralph. He was an executive officer of the milling company in the 1890s, organized Voigt Cereal Food Co. in 1901 and terminated the business in 1909 to return to Voigt Milling Co., where he later became secretary and vice president. He and his brothers Frank and Ralph belonged to several prominent Grand Rapids service and social organizations. He was a member of St. Mark's Episcopal Cathedral, Doric Lodge No. 342, F. & Am., De-Witt Clinton Consistory, DeMolai commander of Knights Templar, Saladin Shrine Temple, Grand Rapids Lion Club and the Michigan Millers Association. He was also a life member of Elks Lodge No. 48 and one of its oldest living members. As a member of the Association of Commerce, later the Chamber of Commerce, Carl went on several association sponsored Lake Michigan cruises in the late 1930s and early 40s. His father, Charles G. A. Voigt, had been director of the Board of Trade, the early attempt at organizing Grand Rapids business and parent group of the Association of Commerce. Carl died in 1958 at 84 years of age and is buried in Oak Hill Celebtary in Grand Rapids. From the early 1880s until 1971 nine Voigt family members were entered in Oak Hill Cemetary.

Mackenzie, Bostock, Monroe Company
Mackenzie, Bostock, Monroe Company was a retailer based on Monroe Ave in Grand Rapids. Early records show the company was in operation as early as 1912 and was registered in Grand Rapids until at least 1986. They were known for their quality clothing, neckties, menswear, hats, and furniture. The original President was C.W. Monroe, the Vice President was M.W. Mackenzie, and the Secretary and Treasurer was F. G. Bostak. 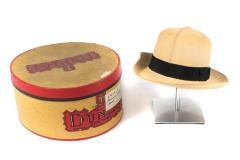 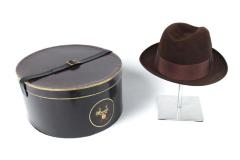 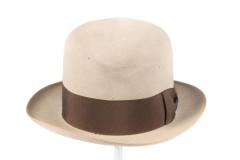