This child's bib is made of white cotton and has embroidered flowers on the center front. It also has lace trim around the edges and ties around the neck. 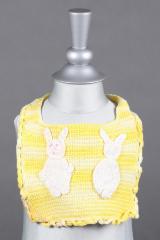 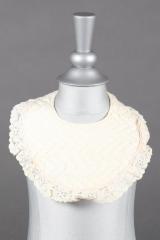 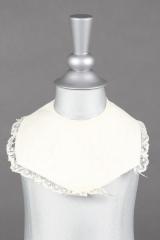 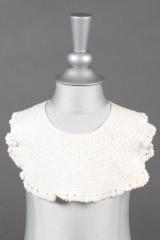