The Herpolsheimer’s Child Passenger Train is instantly recognizable to any baby-boomer resident of Grand Rapids. They remember riding in the train high above the toy department at the Herpolsheimer’s Department Store, which sat at the corner of Fulton and Division streets in downtown Grand Rapids. Its “space-age” look ties in with the futuristic optimism many Americans had in the post-World War II era. After passing through the hands of multiple department stores that succeeded Herpolsheimer’s, the train entered the Museum’s Collection in 2000 with a jungle-themed paint job.

When the Herpolsheimers building became City Centre Shopping Center and finally Mackie's World, it was moved to the basement food court and continued use for the same purpose. The train was always owned by the successive owners of the Herpolsheimers Department Store building at the corner of Fulton and Division Streets. The December 15, 1955 issue of Life Magazine (2014.42.1) includes a holiday article featuring the Herpolsheimers Child Train, showcasing it as an interesting, but representative, example of entertainment from the period.

The train is painted with a jungle theme but is in the process of being conserved to its original 1955 silver color. Its condition, with multiple updated paint colors, demonstrates that the train was well-used for decades. The donation includes three passenger cars, twenty-one I-beam track segments, one electric motor, one control panel, thirty-seven electric conduit segments, and miscellaneous hardware. Accordion sections of rubber are attached to each car, which served as the connectors between cars. Each car is outfitted with four small bench seats, to hold two children each.

Christmas and the Herpolsheimer's Train (2008 – 2010)
This small exhibit was put out in the entrance lobby of the Van Andel Museum Center during the Christmas season for several years.

Peter Secchia was born April 15, 1937, and grew up in New Jersey. His father, Casare (or Charlie) worked two jobs, including delivering newspapers. His mother, Valerie, worked at the high school. Peter served in the Marines from 1956 to 1959, attaining the rank of sergeant. He graduated from Michigan State University in 1962 with an economics degree. Directly out of college he went to work at Universal Forest Products—a wholesale lumber business—and had a forty-year career there. In 1971, he purchased 51 percent of the company. Secchia also owned River City Foods, which included twenty-one restaurants and catering facilities, and Sibsco, a family real estate development company doing work in downtown Grand Rapids. He was named United States Ambassador to Italy under President George H. W. Bush from 1989 to 1993. He chaired the Secchia Commission I and II, whose goal was to make state government smaller and more efficient. He is also a fundraiser and very active in the Republican Party.

Having found success at Universal Forest Products and other businesses, Secchia became a force for federal and state Republican political causes. He was a lead supporter of developing the recreation area called Millennium Park and the MSU medical school in Grand Rapids.

Raised in an Italian-American family struggling to survive the Great Depression, Secchia came to Grand Rapids and found success in business. He became active in Republican Party politics. He also found important ways to give back to the community through volunteering and philanthropy.

Secchia is involved in a variety of community philanthropy. He started a project that provided a free Thanksgiving meal at Pietro's Restaurant for the less fortunate in Grand Rapids. He chaired the Gus Macker basketball tournament for the Grand Rapids Schools and served on the board of the Youth Commonwealth. A large gift to Grand Valley State University prompted them to name a residence hall after him. He chaired a group that raised money and led an initiative to convert a former gravel-mining pit into Millennium Park. In early 2007, MSU alumnus Secchia gave the lead gift toward the construction of a building to house the university’s college of human medicine in Grand Rapids. Secchia gave other significant gifts to MSU. He played a role in community building by offering his assistance to a number of important Grand Rapids institutions. 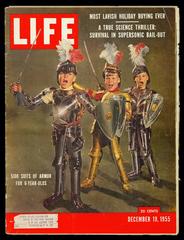 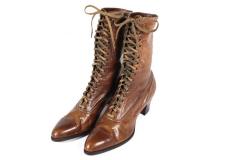