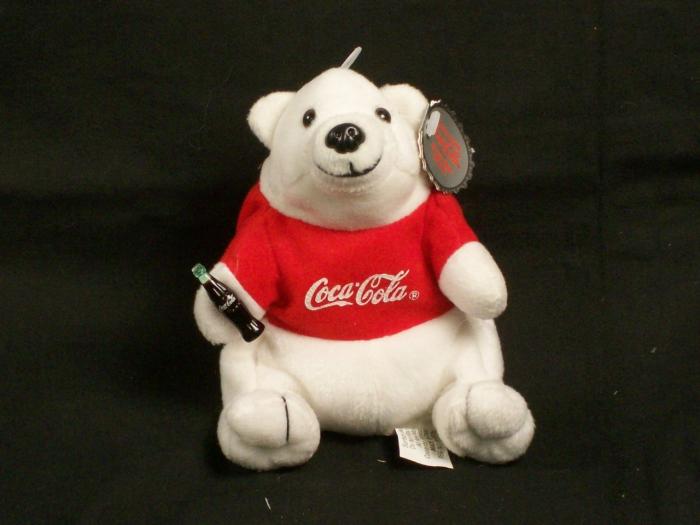 A small plush polar bear with a "Coca-Cola" shirt and holding a "Coke" bottle. The polar bear is used as an advertising character for Coca-Cola brand beverage products.;"Coca-Cola" logos on shirt and bottle. Information tag on bottom. Cardboard tag still attached to head.;In 1993, the Coca-Cola Polar Bear had its debut in the commercial, "Northern Lights."

Gift Of John And Carol Henry