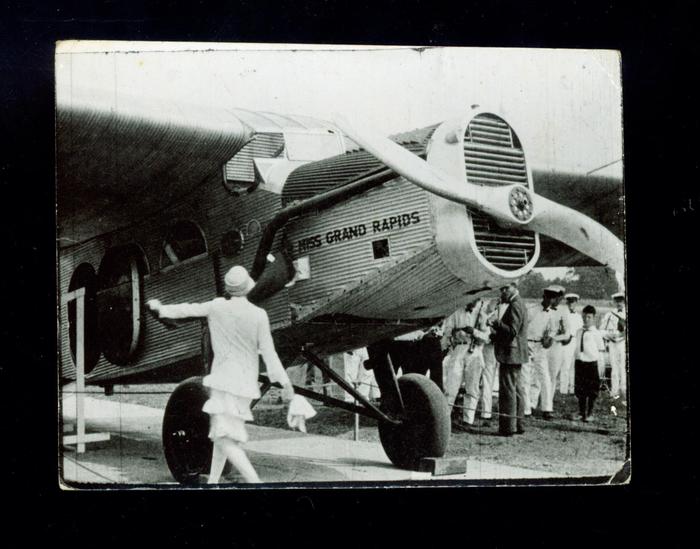 Black and white photograph showing what may be the christening of a new airplane named the Miss Grand Rapids. The photo shows the front half of the plane, including the propeller. There is a woman in a white dress in the foreground and a band in the background.;This photograph shows the Miss Grand Rapids airplane. Built by the Ford Motor Company, this plane flew between Grand Rapids and Detroit as part of the first regularly scheduled air service in the United States beginning in 1926. Two years later, it transported the first shipment of furniture to leave Grand Rapids' factories by air.

In Memory Of Jurden And Emma Moore