Wooden crate for beer bottles, text painted on wooden side panels.;Following the repeal of Prohibition, several small breweries sprang up and quickly disappeared in Grand Rapids. The only one to make a lasting impact was the Peter Fox Brewing Company, originally of Chicago. Fox bought the old Grand Rapids Brewing Company facilities in 1940, and began brewing their trademark Fox De Luxe Beer. Fox only lasted for 10 years, and the brewery closed again in 1951. The City of Grand Rapids ultimately purchased the abandoned brewery, and leveled it during urban renewal in the 1960s.;Charles P. Page worked as a an assistant-brew master at Fox Deluxe Brewing Co. in Grand Rapids, MI.

In Memory Of Charles P. Page 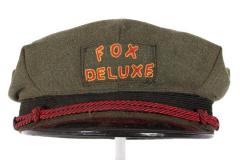 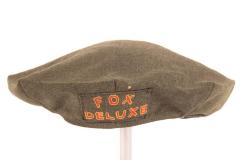 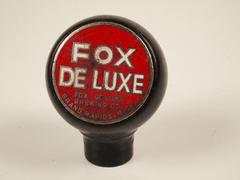