Three dimensional diorama entitled "Mound Builders."  The scene depicts a group of Hopewell people constructing a burial mound near the shores of the Grand River.  The diorama was created by Jaro Hess and Lester Busse for the Kent Scientific Institute as part of the Federal Art Project portion of the Works Progress Administration.

Hess, Jaro
Jaro Hess was born in 1889 in a small Czechoslovakian village. At the age of 16, Hess joined the French Foreign Legion in Algiers for what he described as "the worst five years of my life," in a 1929 Grand Rapids Herald interview. He ended up escaping as a stowaway on a boat back to France. Hess went on to graduate from the University of Prague with a degree in metallurgy, a training that brought him to the U.S. in 1910.

Hess stayed briefly in Pittsburgh working at steel mills in the Midwest. He then turned to photo-etching, and then to horticulture when he moved to Bay City. His hybridization of delphiniums won him membership in the Royal Horticultural Society of London, and brought him an important contact by the name of Charles Greenway, then owner of the Booth newspaper chain. Hess began working for Greenway as a gardener and landscaper, and moved with Greenway to a home on Reeds Lake. A story on Hess in the Herald, rival of the Booth-owned Press; however, got Hess fired. Hess turned to designing rock gardens and did landscaping for homes on Reeds and Fisk Lake, including the Blodgett estate. When the Depression came, Hess made a living tying flies for trout fishing before joining an aircraft factory out east at the start of World War II. Back in Grand Rapids after the war, Hess painted dioramas for the Public Museum.

In 1950, he retired at age 61, to devote the rest of his years to painting. He died in 1979, at the age of 90. Hess is best known for his children's fantasy painting, often sold as a poster, "The Land of Make Believe," a work he created for the 1933 World's Fair in Chicago. This work is not available for reproduction at this time, as the copyright was sold during the Depression.

Works Progress Administration
The Works Progress Administration (known also as the W.P.A. or WPA, and renamed the Work Projects Administration in 1939) was a federal program developed in response to the widespread unemployment and economic need people in the United States were experiencing during the Great Depression. The goal of the W.P.A. was to provide one paid job to each household affected by long-term unemployment, thereby replacing a direct-relief model of federal aid with a work-relief model. The program was established on May 6, 1935 and was terminated in 1943 due to low unemployment rates caused by the onset of World War II.

A 1939 pamphlet Questions and Answers on the WPA describes a W.P.A. project as “any useful public work on which the Federal Government and some tax-supported public body have agreed to cooperate, through the WPA, in order to provide work for the needy unemployed. The project is a community or State enterprise which the WPA helps to carry out; the completed project belongs to the community or State.” The pamphlet further specifies that projects should be “on public property,” “socially useful,” and “not be a part of the regular work of the sponsoring agency, such as should be wholly financed out of its own regular funds.”

The way the W.P.A. worked in most cases was that state and local government sponsors initiated and planned projects that were submitted to W.P.A. administrators for approval. Once a project was approved, sponsors employed workers (skilled or unskilled) whose wages were paid by the W.P.A.; land, materials and equipment were funded/supplied by the sponsors. There were, however, some nationwide infrastructure projects that were sponsored and largely funded by the W.P.A.’s Division of Engineering and Construction.

[This description of the W.P.A. is a work-in-progress. More details are forthcoming.] 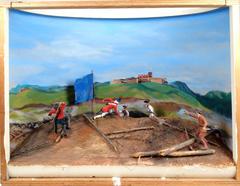 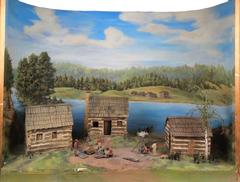 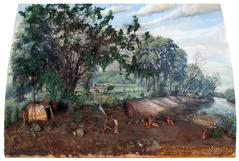