This wedding dress belonged to Rose Mary "Rosie" Monterusso who married Vincent "Jim" Sarnicola on April 19th, 1947. As children, Jim would babysit Rosie while their mothers went out shopping. Years passed and Jim shipped out to the South Pacific during World War II. Upon his return, he and Rosie began dating and soon got engaged. At the time, traditional wedding dress materials were very expensive so they decided to use parachute silk for Rosie's dress which was made in Detroit. Jim had a knack for art and sketched this design for his bride's dress.  Jim and Rosie entered a contest called "Honeymoon in New York" and, because of their unique story, they won. They were featured on a live nationwide broadcast and when Jim's employer, Steelcase Inc. (then known as Metal Office Furniture Co.) heard, they shut down the entire operation to watch the broadcast. That was the only time in 75 years that employees initiated a shut down of production. An article written in the Grand Rapids Press in 2012 titled "More Than A Pretty Dress" discusses the history of Rosie's wedding dress. 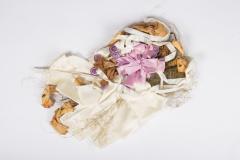 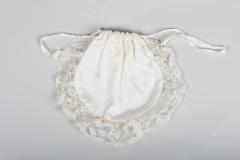 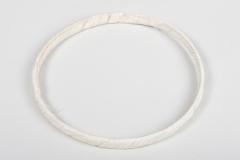 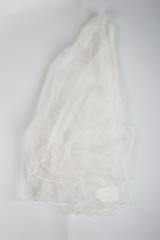 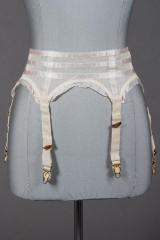