Women wore hats daily in the 1950s which is why there was so much variety in shapes, sizes, and fabrics for every time of the day and occasion. This hat was purchased at the "French Room" of Marshall Fields in Chicago. There is a small comb attached to the purple petersham sweatband. Features that were indicative of period styling are the bold colors in purple, turquoise, and magenta and the fashionable sculpted design that would have sat asymmetrically on the head.

Marshall Field and Company
Marshall Field and Company was founded in 1881 by Marshall Field, however, the business actually began as a dry goods store in 1852 opened by a man named Potter Palmer. In 1865 Field and his partner Levi Z. Leiter took over the business from Palmer and in 1881, renamed the business Marshall Field and Company. Despite the prominence of the Chicago business and loyalty of their customers, the business suffered several tragedies in their early years. During the Great Fire in 1871, employees raced to move the most valuable merchandise from the store to the home of Levi Leiter. The building burnt to the ground, however, due to the quick thinking employees the business was able to operate out of a barn a few days later. The building was rebuilt in 1873 on State Street and expanded upon in 1876, only to be burned down again the following year. The building was again rebuilt and this time remained standing. Field died in 1906 and the business was then successfully taken over by John G. Shedd. In 1913, another scandal hit the store when they were summoned to the state capital for an investigation into the low wages given to female employees  Women played a very important role in the business. They served not only as typists and secretaries but also as sales representatives. They had a major part in making female customers feel comfortable in the store and encouraging customers to return. On average the women were paid $2.75 per hour, much under the average pay of $5-$8 per hour. Even in the early 1900s, this was not a living wage. The company refused to raise the pay of these women, which ultimately hindered the business. Throughout the 1920s Marshall Field and Company opened several additional locations in cities such as Lake Forest, Evanston, and Oak Park. The company was bought by the Macy’s corporation in 2006, however many customers remain loyal to Marshall Field & Company today (June 2017) either boycotting Macy’s or petitioning to bring back the original Marshall Field store in downtown Chicago.

Chanda
the Chanda company was created in 1944 by Michael Roy Chanda and Stanley Wylins. It was in business until at least the 1960s. 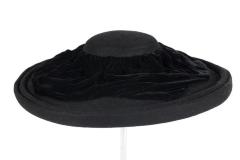 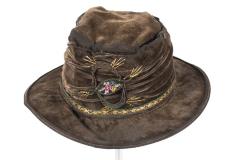 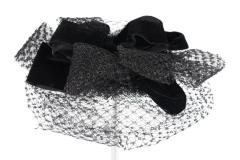