This example was purchased to be used alongside a Macintosh SE (see accession number 2017.61.1). The Macintosh SE computer was released in March 1987. It was an important step for Apple in designing a business computer. It was faster, had an increase in ROM size and other features that had never been incorporated into previous designs. These features included an internal drive bay for a hard disk or a second floppy drive and a cooling fan to improve the life expectancy of the machine. This computer was a stepping stone in the evolution of Macintosh and could be found in homes, offices, and schools around the world at the end of the twentieth century. This donation includes the mouse and mouse pad, electrical cords as well as the original box and packaging for the computer. The keyboard also includes the original box and packaging.

Can you imagine that the only way to talk to your friend is by letter because the telephone has not been invented? What about telling time not on your wristwatch, but by relying on the position of the sun? Or that there are no computers to type on or emails to send, just a quill and an inkwell?

From technological to medical devices, these artifacts selected by the Grand Rapids Public Museum Middle School students are common everyday artifacts from the GRPM’s Collection that are often overlooked as important inventions. They can inspire us to think about the incredible work done by inventors to solve problems and design devices that have not only made our lives easier - but better!

In the ancient world, the lyceum was where the greatest Greek philosophers taught. The concept of the lyceum was revived by American intellectuals in the 19th century who believed that public education was an important part of our democracy. Founded in 1854, the Grand Rapids Public Museum was originally named the Grand Rapids Lyceum of Natural History. In 2015 the Grand Rapids Public Museum School was founded with many community partners. The Museum School has developed its own version of the lyceum - an innovative after-school program that pairs local experts with middle school learners to exercise their minds and bodies by exploring an eclectic range of topics. 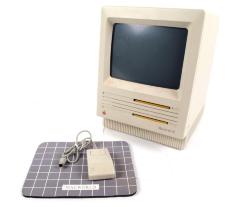