Jim Crow America was written by Earl Conrad and was published by Duell, Sloan & Pearce in 1947. It follows the lives of African Americans in Harlem and was intended to introduce facts about racial indifferences.

Changing America: The Emancipation Proclamation, 1863, and the March on Washington, 1963, examines the relationship between two great people’s movements, which both grew out of decades of bold actions, resistance, organization, and vision. One hundred years separate them, yet they are linked in a larger story of liberty and the American experience – one that has had a profound impact on the generations that followed.

The GRPM added artifacts and stories to the exhibition to give it an additional local perspective. In addition to artifacts from the GRPM Collections, many artifacts on display are on loan from the Grand Rapids African American Museum and Archives. Local stories are told through the eyes of our community in the form of oral histories and a place for visitors to share their own stories.

Earl Conrad, born on December 17th, 1912, was an American author known for works such as Harriet Tubman, The Trial of William Freeman, and Jim Crow America. He often wrote biographies and books of history. He passed away in 1986.

Ruth Herrick
Born on July 6, 1895 in Ohio, Ruth Herrick became known as one of the first women physicians in Michigan. She studied at the University of Chicago Medical College and at Blodgett Memorial Hospital. Afterwards she began her practice in 1931 in Grand Rapids. She was an avid collector and took a strong interest in archaeology, having lectured at the Greenfield Village Museum and wrote and published a book entitled "Greentown glass: the Indiana Tumbler and Goblet Company and allied manufacturers (1959)". In 1961 she cooperated with the Kent County Medical Society in compiling a historic medical collection. She retired in 1973 and later passed away after an automobile accident on June 7, 1974, with many of her assets bequeathed to the Public Museum. 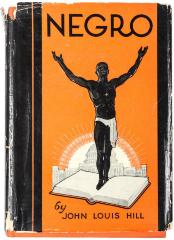 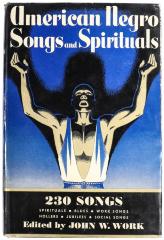