This empty confectionary jar is made of glass and is from the Rudell Drug Store that operated in Sault Ste. Marie, Michigan from 1900 to 1969. 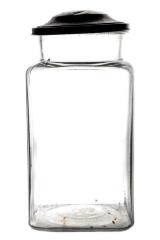 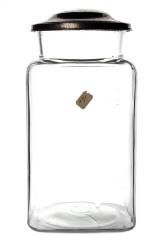 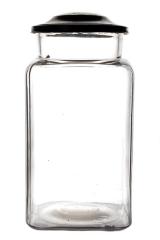