The Grand Rapids Chicks were a baseball team that played in the All-American Girls Professional Baseball League located in Grand Rapids, Michigan. The team was originally known as the Milwaukee Chicks and was located in Milwaukee, Wisconsin in 1944. Due to low ticket sales, they moved to Grand Rapids, Michigan in 1945 and became the Grand Rapids Chicks. They claimed their first championship title in 1947 and the second in 1953. The league folded in 1954 and was the only team to make the playoffs every year. 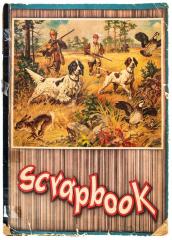