Kellogg's offered various promotional items since its founding, either as an item included in a cereal box or as a mail-in offer. This sheet is such a promotional item, or "premium". This model, as well as models of the RMS Empress of Britain, SS Normandie, and SS Bremen,  were premiums offered with the purchase of Kellogg's Cornflakes. It is a 16-inch floating model of the RMS Queen Mary. The sheet contains parts of the model itself as well as instructions.

Kellogg's, doing business as The Kellogg Company, is an American multinational food manufacturing company headquartered in Battle Creek, Michigan, United States. Kellogg's produces cereal and convenience foods, including cookies, crackers, and toaster pastries and markets their products by several well known brands including Corn Flakes, Keebler, and Cheez-It. Kellogg's mission statement is "Nourishing families so they can flourish and thrive."

Kellogg's products are manufactured in 18 countries and marketed in over 180 countries. Kellogg's largest factory is at Trafford Park in Trafford, Greater Manchester, United Kingdom, which is also the location of its European headquarters. Other corporate office locations outside of Battle Creek include Chicago, Dublin, Shanghai, and Querétaro City. Kellogg's holds a Royal Warrant from Queen Elizabeth II and the Prince of Wales.

RMS Queen Mary
The RMS Queen Mary was a British ocean liner that sailed from Southhampton, Cherbourg, and New York from 1936 until 1967. In 1967, the ship was permanently moored in Long Beach, California. 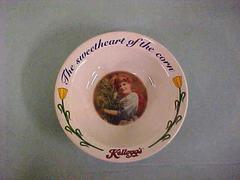 Cereal Bowl, Kellogg's, The Sweetheart Of The Corn 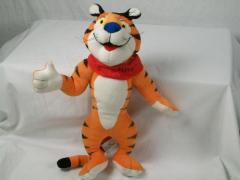