1/100 model Model of the Endeavor. The historical significance of this space shuttle was recorded by NASA:

Between the first launch on April 12, 1981, and the final landing on July 21, 2011, NASA’s space shuttle fleet — Columbia, Challenger, Discovery, Atlantis and Endeavour — flew 135 missions, helped construct the International Space Station and inspired generations. NASA’s space shuttle fleet began setting records with its first launch on April 12, 1981 and continued to set high marks of achievement and endurance through 30 years of missions. Starting with Columbia and continuing with Challenger, Discovery, Atlantis and Endeavour, the spacecraft has carried people into orbit repeatedly, launched, recovered and repaired satellites, conducted cutting-edge research and built the largest structure in space, the International Space Station. The final space shuttle mission, STS-135, ended July 21, 2011 when Atlantis rolled to a stop at its home port, NASA’s Kennedy Space Center in Florida.

As humanity’s first reusable spacecraft, the space shuttle pushed the bounds of discovery ever farther, requiring not only advanced technologies but the tremendous effort of a vast workforce. Thousands of civil servants and contractors throughout NASA’s field centers and across the nation have demonstrated an unwavering commitment to mission success and the greater goal of space exploration.

On April 12, 2011, NASA Administrator Charles Bolden announced the facilities where four shuttle orbiters will be displayed permanently at the conclusion of the Space Shuttle Program.

Discovery Kit: Space Exploration (October 25 2019)
Discovery Kits include a variety of artifacts and specimens from the Museum’s Collection that allow students to investigate global and local objects. The Collections support the Museum’s mission of inspiring curiosity and discovery around science, history, and culture. Each kit includes objects from the Museums archives, helpful resources and suggested activities. Discovery Kits are a great way for teachers to incorporate primary source and object-based learning into the classroom or as a way to prepare for or extend a Museum visit.

Virtual Discovery Kit: Space Exploration (May 2020)
Space, the final frontier! Discover what we know about outer space as well as how astronauts and astronomers explore this infinite universe 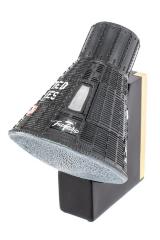