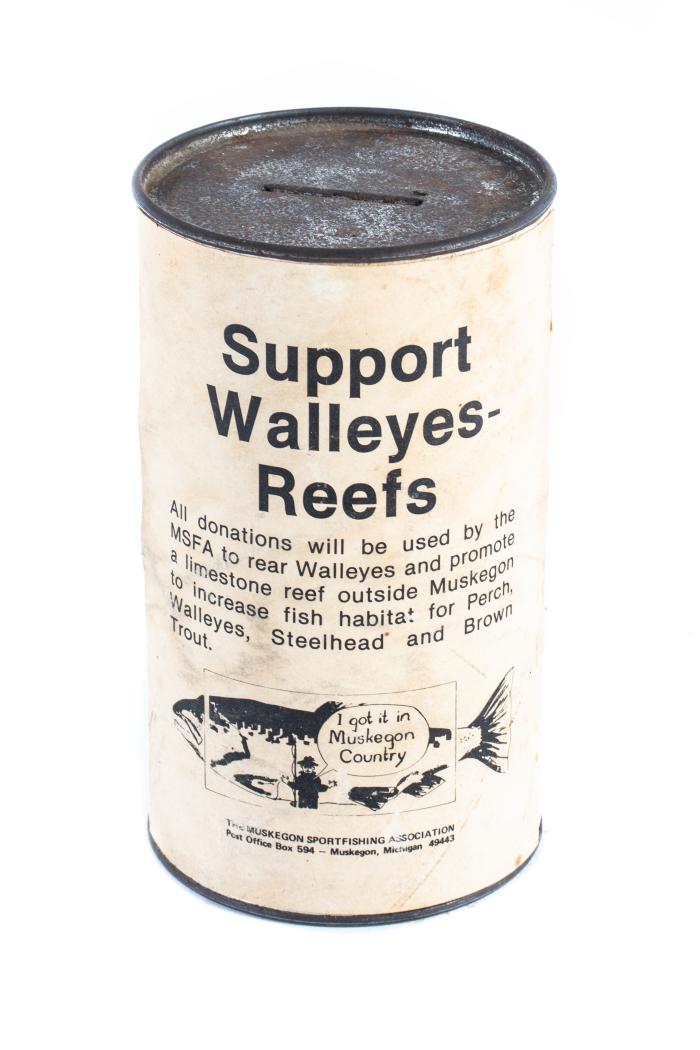 This fundraiser can was used to raise money for the Hamilton Reef.  Still include a coin in the can.

The Hamilton Reef (also known as “The Rock Pile”) is the first artificial, freshwater reef in North America.  Located in Lake Michigan, near Muskegon, about 3/4th a mile south of the mouth of the Muskegon River channel.

The reef was built in August and September of 1980 and is a lazy “S” shape, 1,200 feet long and 5 feet high.  It sits in about 30 feet of water and is composed of 4,000 tons of limestone that was barged in from Manitowoc, Wisconsin.

The reef was created to increase habitat for fish and enhance the sport fishing in the area.  It is named after Thomas Edwin Hamilton, who’s personal effort resulted in its creation.

The Hamilton reef is part of the West Michigan Underwater Preserve, which extends along the western shore of Lake Michigan from Port Sheldon to Pentwater.

In memory of Thomas Hamilton (father) and the Hamilton Reef. 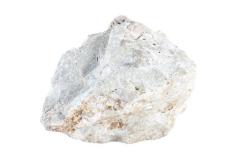