This unique issue of the Grand Rapids Press from May 2, 1914 was a takeover of the edition by Grand Rapids suffragists. The illustrations throughout were particularly striking. For example, the regular Grand Rapids Press masthead was replaced with a row of women, each representing a state with full suffrage. Michigan, however, is in chains trailing behind, symbolizing Michigan had not yet received the vote.

Gift Of The Grand Rapids Press 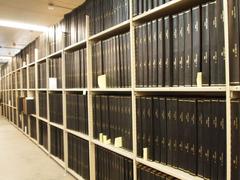