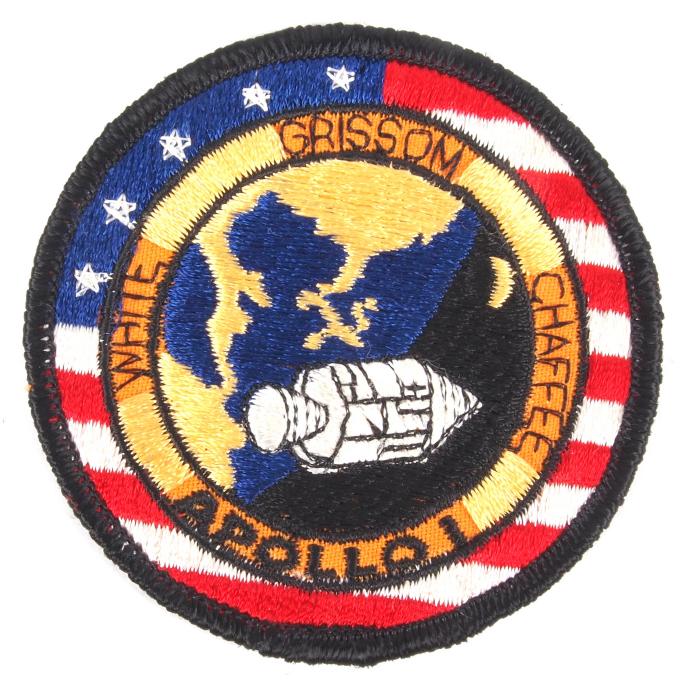 This Apollo 1 patch was designed in 1966, for NASA, by Allen Stevens.

This design was to be worn on the uniforms designated for the three crew members of the first manned mission of the Apollo Space Program, set to take place on February 21, 1967.  Tragically, during a pre-flight test, on January 21st, 1967, a fire inside the cabin of the spacecraft took the lives of the three men aboard, Ed White, Gus Grissom, and Roger Chaffee.  Their names are embroidered on the patch.

Though the mission never took place, the pre-flight test was officially designated, Apollo 1 on April 24, 1967 to commemorate the three crew members. 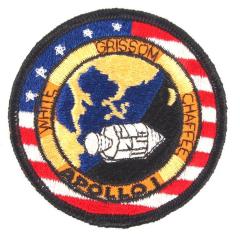