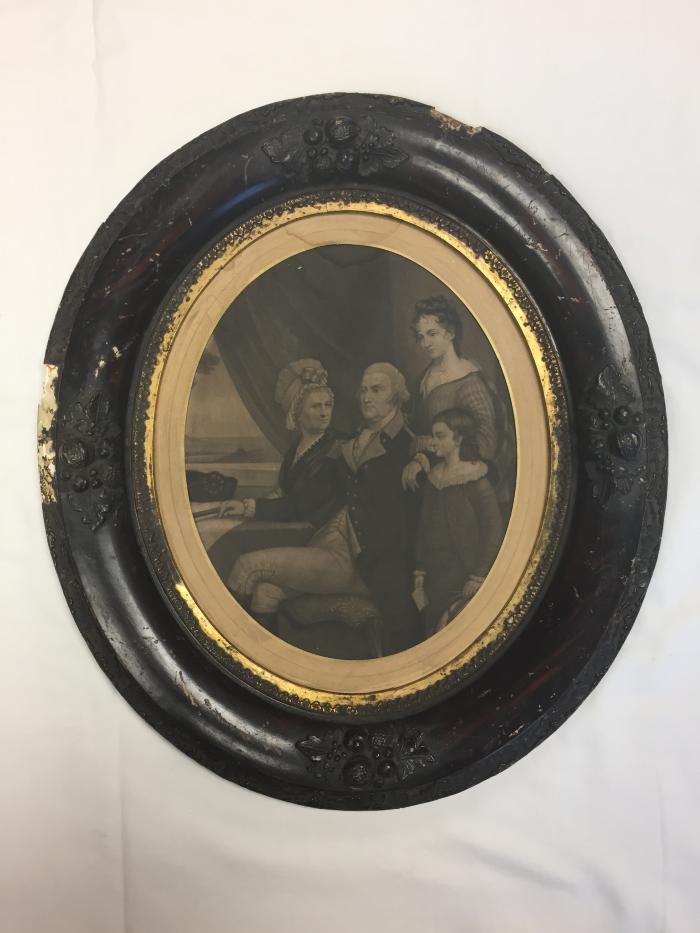 This engraving of George Waashington and family is set in an oval frame and has been cut down in order to fit the oval format. The print was published by John Dainty of Philadelphia, PA.

George & Martha had no children between them. Martha had two children from her marriage to Daniel Parke Custis. 1773, Martha's daughter, Martha, passed away age 17. Son, John was killed at age 26 while serving as an aide to Washington during seige of Yorktown 1781

Washington, George
George Washington (February 22, 1732 – December 14, 1799) was an American political leader, military general, statesman, and Founding Father who served as the first president of the United States from 1789 to 1797. 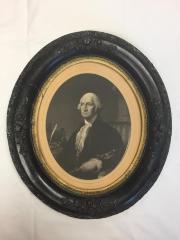 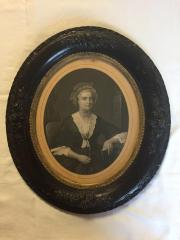 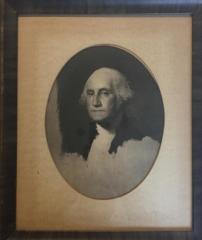