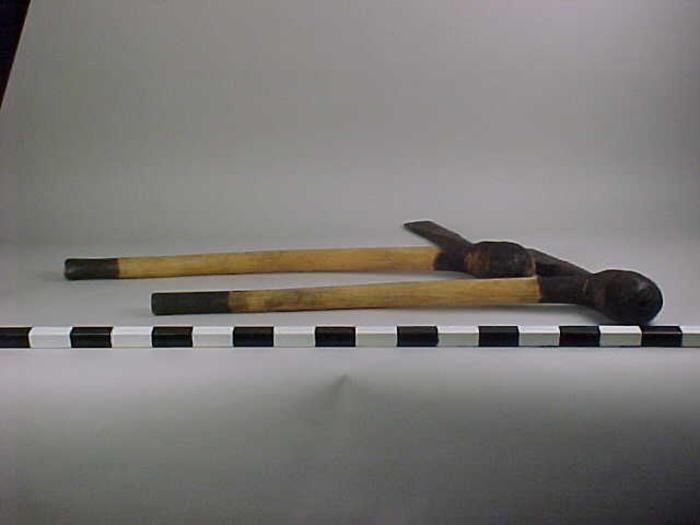 Wood handles with iron blades inserted into club-like top. Handles darkened at top and bottom.;From accession file 4747: "Made of native iron and used for cutting trees." These are average example of their type. Identified by Raymond Silverman, Professor of History, Department of the History of Art, University of Michigan--Ann Arbor; tel: 734.615.9847. Originally three axes were labeled 117356; one was subsequently renumbered 184725.;The objects were originally obtained by Dr. and Mrs. H. Veazie Markham, medical missionaries of that church. The couple were appointed for life service to West Central Portuguese Africa (modern Angola) by the American Board of Commissioners for Foreign Missions, and they served there from 1927-1939. The objects were originally collected about 1930, and were exhibited at the East Congregational Church before being donated in 1948. However, dates of individual objects may vary widely.