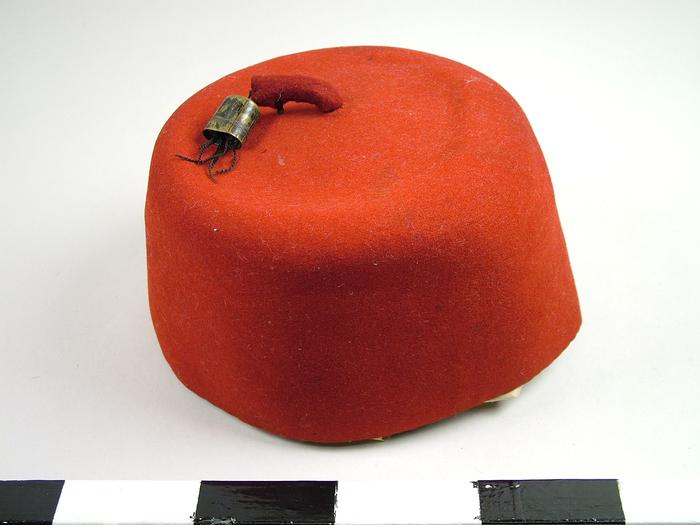 Circular red felt hat with attached top tassel. There is a leather lining on the edge on the interior with blue and pink satin. There is a seal stamped on the interior. And stamped into the leather is the word "Empire.";The fez is a flat-topped felt cap, shaped like a truncated cone. It is tradtionally red in color with a black tassel attached at the top center. Its name comeas from the city of Fez, Morocco, where it originated. It has different names depending on the version or the country. The fez became an official part of formal attire in the Ottoman Empire in 1826. During this time, the Ottoman empire was adopting a European style of dress, but European headwear did not meet the Islamic requirement that men should press their heads to the ground when praying. The Sultan thus issued a decree that the fez would become part of formal attire, regardless of the subject's religious sect. Aftre Worl War I and the dissolution of the Ottoman Empire, the fez was banned as a symbol of feudalsim.;Empire

Gift Of Mrs. Chris A. Deyoung