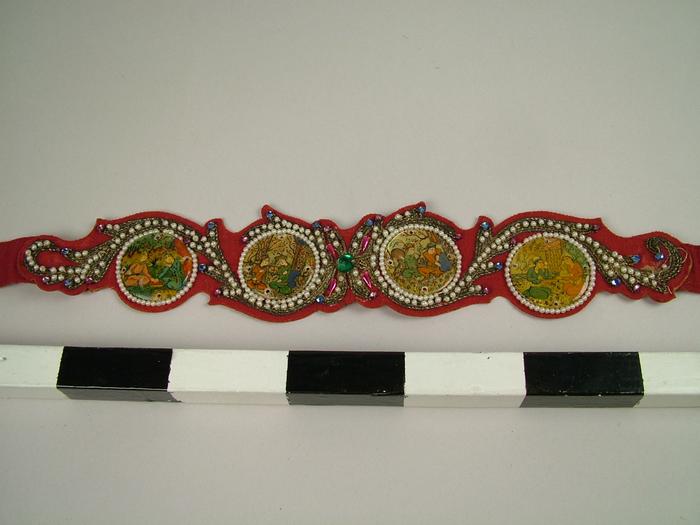 Belt with red back and pink cotton fabric face. Belt has decorative, eastern influenced, center of four round disks. The disks each have images of two men eating and offering wine, possibly a story. Plastic jewels and pearls have been sewn around the disks.