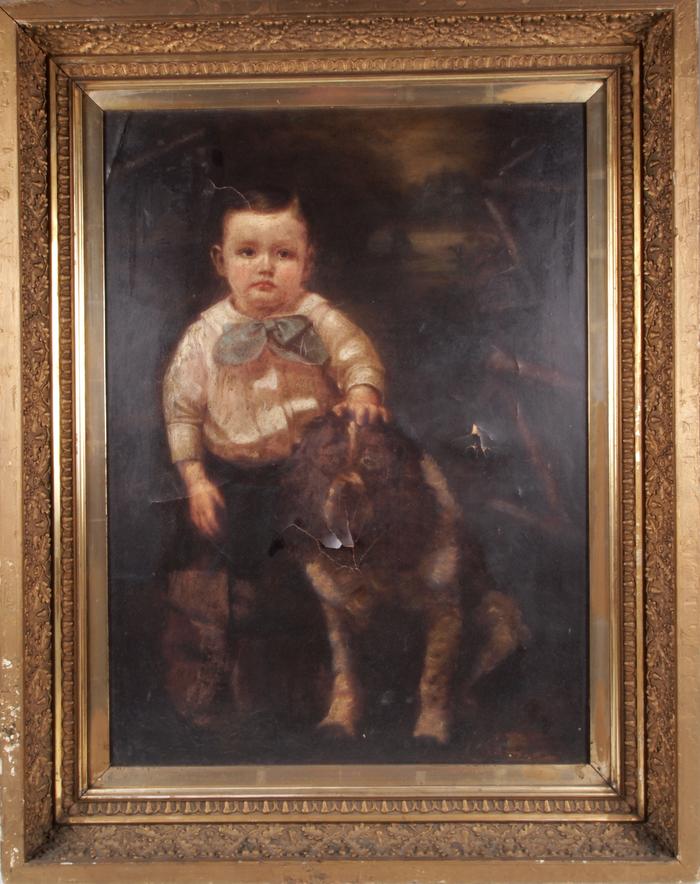 Art
Postcards ➔ Painting, The Boy And The Dog

A photographic print on paper of a young boy and dog, painted over in oil paints by Grand Rapids photographer Herman Krueger. As per the ledger, the object is described as being "painted from a postcard picture." The paper image has been laid down on canvas and stretched on an un-keyable stretcher.

It is probable that Krueger took the original photograph, enlarged it then from the original negative, and painted the surface with oils, signing it at lower right. The signature reads H....illegible in red pigment.

Herman Krueger was a photgrapher who had various studios in Grand Rapids from 1889 to 1915. He was also known as Herman K.A. Krueger.

The donor, Mrs. Ida Yahnke was the daughter of Herman Krueger. She was listed in the 1940 Federal Census as a negative retoucher (photography). 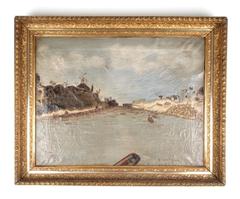