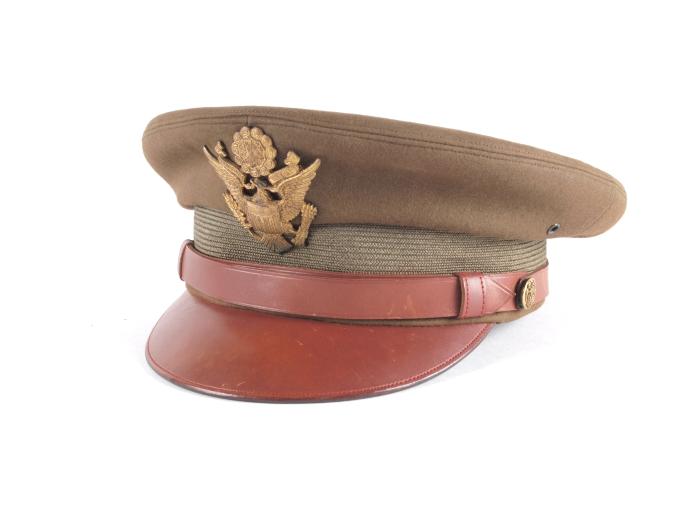 This World War II era United States Army Air Corps dress cap is a uniform accessory. The dress cap is made of felt, leather, brass, plastic liner, and card stock. On the front of the hat is a gold metallic eagle medallion pin. The eagle on the medallion is holding an olive branch in its right talon, symbolizing peace. In its left talon are 13 arrows, symbolizing war. On the inside of the top of the cap is a rusted orange color and a yellow satin with the name of its maker on the roof. On the base of the sweatband is a small brown bow. The motto written near the top of the eagle reads “E Pluribus Unum,” which means “Out of many, one” in Latin. The positive motto shines a light on the American melting pot.

Because there is no information about the type of job that the officer had, the specific use is unknown. There is no source of information that indicates who wore this artifact, but according to the information that is known, the cap was most likely not in use during combat because it is used for a dress uniform.

Military hats of this period were mostly hand stitched. This historical object gives people an insight into how officers dressed. This cap, with the eagle centered on the hat, conveys a sense of American patriotism and pride. 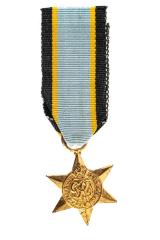