This velvet picture hat features a large ostrich plume on the crown. It was made by Gage Brothers & Co.. During the early 20th century hats were large in size and featured elaborate decorations such as artificial flowers, feathers, and ribbons. Hats with turned-up brims became popular as well as the toque hat, picture hats, and hats that emphasized height. 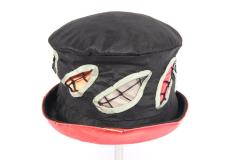 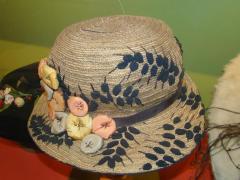 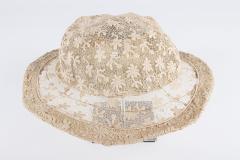