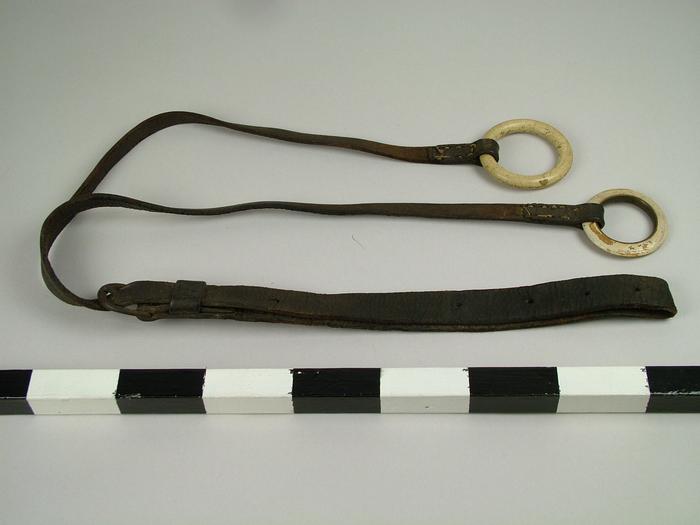 Brown leather and steel bridle, with decorative red and brass roundel on each side and leather reigns attached. The accompanying leather strap is split in two on one side, and has a white ring attached to each section of the split end.;The saddle and bridle were originally used by Louis Campau in 1826, on his first trip from Detriot to Grand Rapids to establish a trading post.;Louis Campau, the original owner, gave it to his brother Antoine sometime after his 1826 trip to Grand Rapids. Antoine Campau gave it to the donor shortly after the Civil War.;This saddle and bridle were used by Louis Campau in 1826, when he made his first trip from Detroit to establish his trading post in Grand Rapids, Michigan.