1910 REO model B runabout with a 4-cylinder, F-Head, 35 horsepower engine.  When new, a car like this would have cost about $1250, and had a top speed of about 35 miles per hour.  This particular car was purchased by the donor in Michigan's Upper Peninsula, and restored to resemble a fire chief's car of the era.

REO was founded by Ransom E. Olds, who also created Oldsmobile.  In the early 1900s the Lansing-based REO company was the nationest 3rd largest producer of automobiles, behind Ford and Buick. 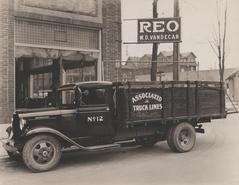 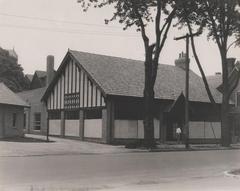