This flight jacket was worn by Grand Rapids US Navy pilot and astronaut, Roger B. Chaffee (see biography below). This “G-1” US Navy flight jacket was issued to Chaffee while serving in the US Navy around 1959.  His primary assignment was as a safety and quality control officer for Heavy Photographic Squadron Sixty-Two (known as VAP 62) at the Jacksonville, Florida, Naval Air Station. This jacket includes the squadron’s VAP 62 patch on the left sleeve and Chaffee’s leather nametag on the front that states his name, rank (Lieutenant Junior Grade), and duty status in the US Navy. Based on the date of this jacket it is likely made of goatskin leather with a mouton collar. Thanks to Hollywood films like Top Gun (1986), flight jackets have become trendy fashion and collector items. 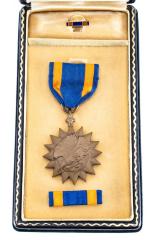 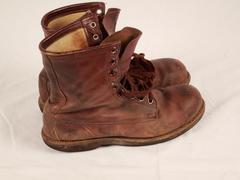 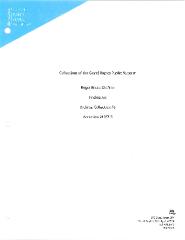