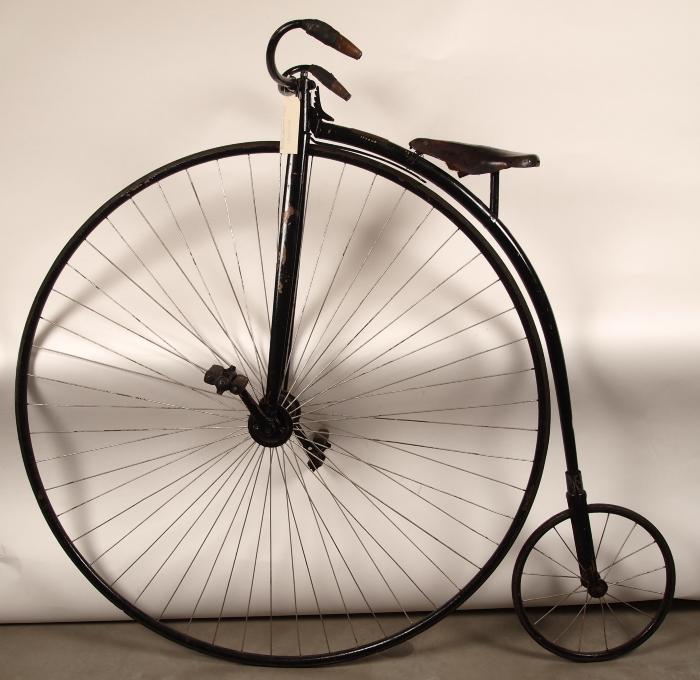 The penny-farthing, also known as a high wheel, high wheeler and ordinary, was the first machine to be called a "bicycle". It was popular in the 1870s and 1880s, with its large front wheel providing high speeds (large distance for every rotation of the legs) and comfort (shock absorption through the wheel). It became obsolete from the late 1880s with the development of the modern bicycle, which provided similar speed amplification via chain-driven gear trains and comfort through pneumatic tires, and were marketed in comparison to penny-farthings as "safety bicycles" due to the reduced danger of falling from height.