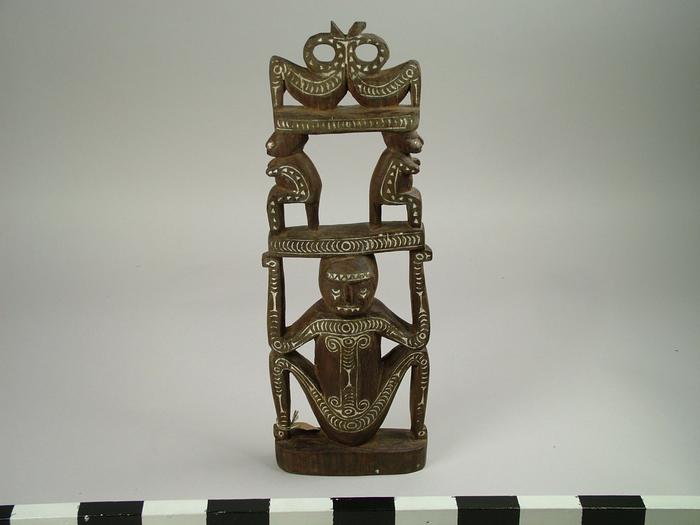 Carved wood figure consisting of a human with arms and legs splayed outward and bent. The human's arms and head support a second layer, which consists of two sideways-facing human or animal figures sitting on logs or tails. A final, uppermost layer has two abstract human shapes sitting back to back, with a large round hole in each torso. Both the obverse and reverse are decorated with white geometric designs.

Chalk inlay is characteristic of this region. Note: The carving bears a string-attached tag that is inscribed on one side "Col. Bowman" and on the other side "Kirwina Isl. off sg(?) New Guinea"  Meaning it was likely made in the Kiriwina Islands of Papua New Guinea.