The M1 helmet was a steel combat helmet designed by Major Harold G. Sydenham in 1941 and replaced the popular Brodie helmet of World War I. It was nicknamed the steel pot due to its metal shell and it had an inner hardhat-like liner that contained the suspension system that allowed the wearer to adjust the helmet. The M1 was used until 1985 when it was replaced by the PASGT helmet.

Today, the military uses the Advanced Combat Helmet (ACH). It features a Kevlar shell that provides better protection from shrapnel, shell fragments, and bullets. The ACH also covers the ears and back of the neck better. Because of advancements in medical research, the inside boasts a shock-absorbing liner designed to prevent brain injury. The entire headwear weighs 2.4 pounds and has several advanced extras. The helmet’s front opening allows sunglasses and goggles to be worn for safety from the weather. Devices ranging from video cameras to night vision goggles can also be attached.

Discovery Kit: Hats (November 2018)
Discovery Kits include a variety of artifacts and specimens from the Museum’s Collection that allow students to investigate global and local objects. The Collections support the Museum’s mission of inspiring curiosity and discovery around science, history, and culture. Each kit includes objects from the Museums archives, helpful resources and suggested activities. Discovery Kits are a great way for teachers to incorporate primary source and object-based learning into the classroom or as a way to prepare for or extend a Museum visit.

Virtual Discovery Kit: Hats (May 2020)
Hats and headwear have been worn for centuries by people around the world to serve a variety of purposes, cultural traditions and religious practices. This resource provides tools and activities for investigating a number of hats in the Grand Rapid Public Museum’s Collections. 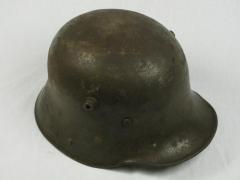 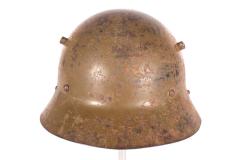