Archival Collection #006 - Roger Bruce Chaffee contains correspondence, telegrams, books, art work, certificates, citations, documents, magazine and newspaper articles, press releases, photographs, military and school records, scout records, medical records, notes, pamphlets, papers and manuscripts, programs and artifacts pertaining to Roger Bruce Chaffee. Chaffee was a Navy pilot, with the rank of Lieutenant Commanded, and an astronaut. As a Navy pilot, his main assignment was safety and quality control officer (photographic plane commander) with the Heavy Photographic Squadron SIXTY-TWO. This squadron completed eighty-tow classified operational missions, during the period 4 April 1960 to 25 October 1962, which were of paramount military importance to the security of the United States. Roger, however, is highly remembers as one of the three astronauts that were chosen for the first manned Apollo space flight. Chaffee’s primary responsibility in the Apollo team was in flight control communication and instrumentation systems. The mission of the 36,000 pound capsule was to circle the earth for up to 14 days, testing its rocket engine and other systems as part of the preparation for the flight to the moon. But, on January 27, 1967, with the two other members of his Apollo I spacecraft crew, Lt. Cols. Virgil (Gus) Grissom and Edward H. White II, he died in a flash fire that swept through the Apollo command module during a ground test. This collection contains 5.4 cubic feet of papers and records, and .60 cubic feet of photographs. The collection covers a time span from 1935-1968.

A full listing of the contents of this collection can be found in the Finding Aid that is attached to the media section of this catalog entry.

Gift of Donald and Blanche Chaffee 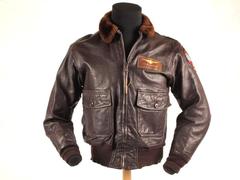