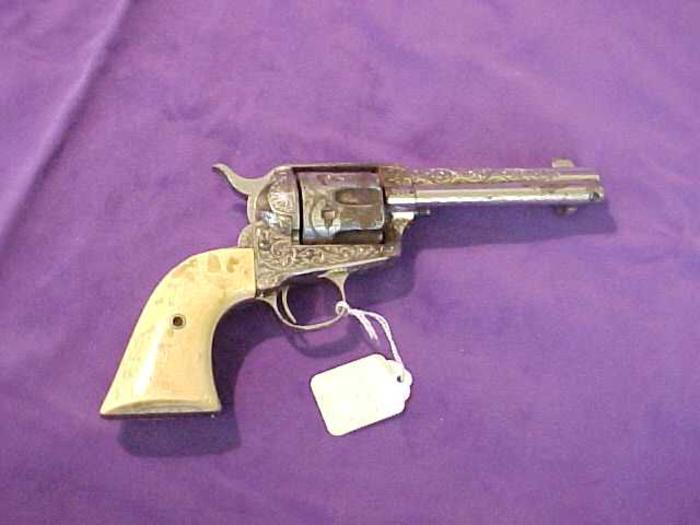 Gift Of In Memory Of Siegel Wright Judd

Colt's Manufacturing, LLC
Samuel Colt asserted his vision for the revolver came to him in 1831, when, as a seventeen year old seaman, he observed that a ship's wheel had spokes that lined up with compass points. He then had a vision for a gun with a spinning cylinder that would lock into place with the simple action of cocking a hammer. He would patent the design in Great Britain in 1835, and the United States in 1836. The revolver design gave birth to the Peacemaker, "The Gun that Won the West." Colt would succeed the Peacemaker with the 1911, the Cobra Revolver and the M16 among others. The company remains in business, producing handguns over 180 years after the first revolver was patented.