Rea, Mrs. William H. (donor) James A. Straub (identified by)
Alternate names: Jim Straub
James A. Straub was a Collections department volunteer and Collection Committee Member at the Grand Rapids Public Museum, offering his services as an art historian. Among his many life accomplishments were his family, and serving in the United States Marine Corps, including a 13-month tour of duty in Vietnam. His list of achievements include 27 years as Detective Lieutenant from the Kent County Sheriff's Department, Original Catalogue Director of the Mathias Alten Catalogue Raisonne, and providing significant contributions to the book, Mathias Alten: Journey of an American Painter. 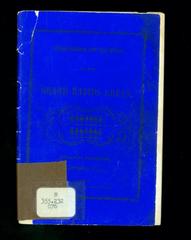 Booklet, Constitution And By-laws Of The Grand Rapids Greys 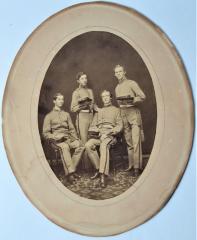