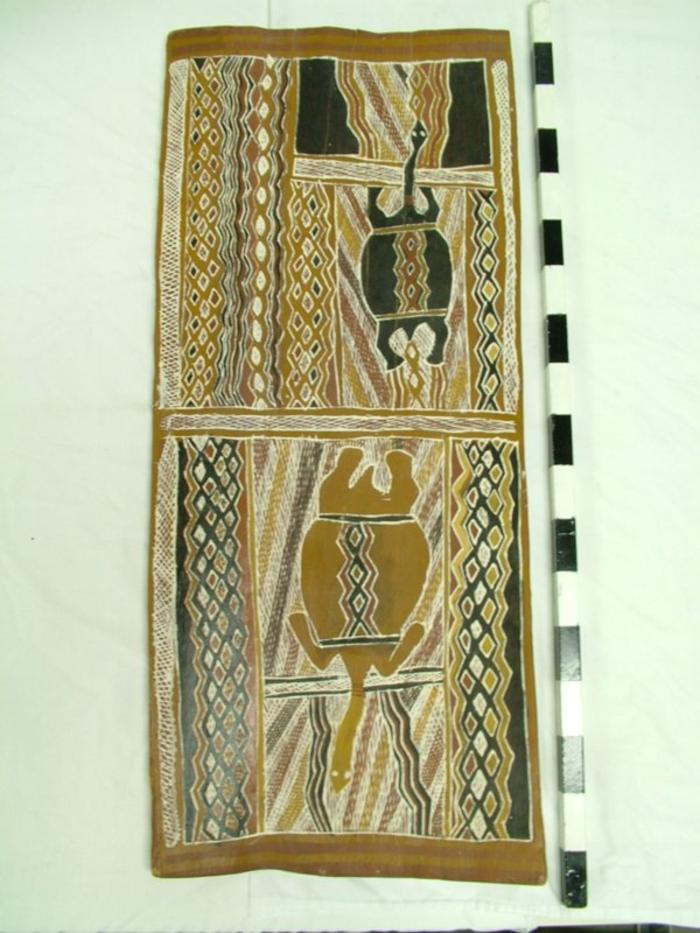 Minala, the long-necked freshwater tortoise, plays an important role in the Ancestral stories of Barama and Laindjung, the foundation myths of the Yiritja moiety.  The artist, Bopani, although a man of the Dua moiety, may paint the design, as his mother was a Yiritja woman.

In the Dreamtime, Minala was a woman.  She changed into a tortoise, inhabiting freshwater creeks and waterholes in the different clan territories.  Minala is shown in the painting in running water.  Around her are the signs for water and mud (Art of the First Australians, p. 60)

This painting represents a story or dream owned by an individual or ancestral tradition. There are typically several layers or levels of stories in this type of painting. Artists are inducted into a complex system of levels and grades of stories, that traditionally ensure not only the survival of these stories, but also their proper veneration and dissemination. A story cannot be painted unless it is owned by the artist. Unfortunately, this traditional practice is dying out today, although a strong export trade continues in this art form.

Gift Of The Australian People 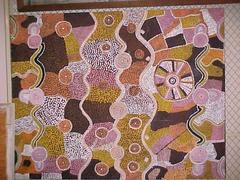