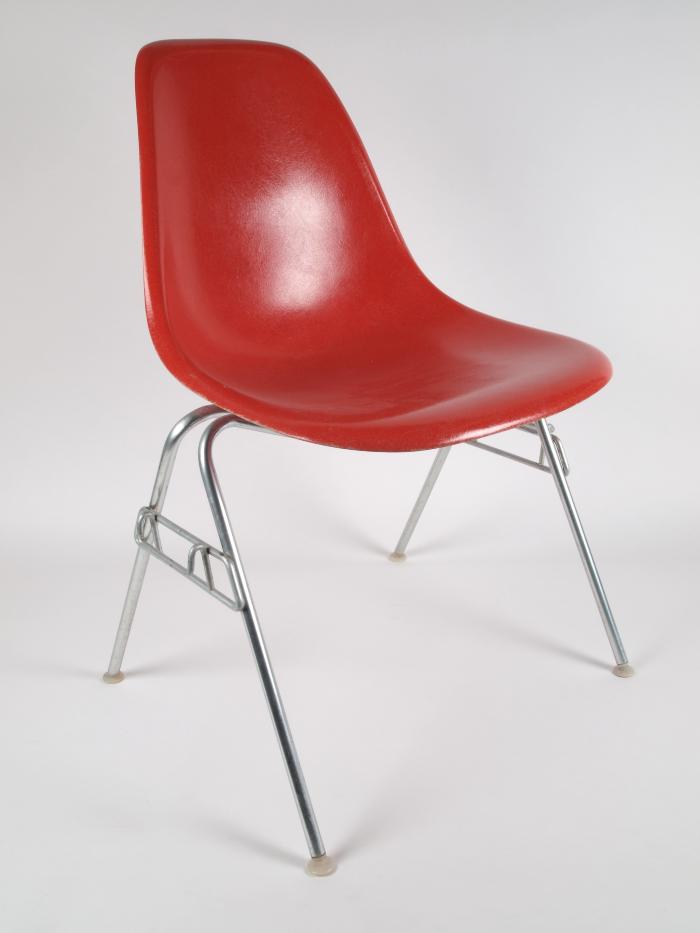 Orange, tubular legs. Formerly in use at the Public Museum of Grand Rapids.

OTHER SOURCES
In 1989 a consortium of fourteen American Museums was formed to receive more than five hundred pieces of Herman Miller furniture. Principal recipients were the Henry Ford Museum in Dearborn, Michigan (which also received a large archival collection), The Grand Rapids Public Museum, and the Grand Rapids Art Museum. Herman Miller, Inc. continues to maintain an extensive photo and archive collection at its headquarters in Zeeland. The Design of Herman Miller, written in 1976 by Ralph Caplan, is an excellent source of information on Herman Miller products and designers. Numerous books, articles, and exhibition catalogs have been published about the designs of Herman Miller and its well-known designers.
MARKS and LABELS
According to an article in the May 24, 1994 issue of Herman Miller’s newsletter Connections, the company adopted its first corporate logo in 1923, when the name changed from Michigan Star to Herman Miller. It featured a circle surrounding the monogram “HMFCo” written in script, with the “M” centered and about twice the size of the other letters. The name “The Herman Miller Furniture Company” was printed on the right side of the logo, and both were place between horizontal lines.
In 1936 the logo changed to all upper-case letters with the words “HERMAN MILLER” printed above and twice as large as ”FURNITURE COMPANY” below. Irving Harper, under the direction of George Nelson, conceived the current stylized capital “M” trademark, which looks like two sloping triangles, in 1946. Nelson also initiated the use of the company’s distinctive “Herman Miller red.”
The source, with permission of the author, is Grand Rapids Furniture: The Story of America’s Furniture City by Christian G. Carron, published by the Grand Rapids Public Museum. 1998.

Charles Eames
Charles Ormond Eames Jr., born in 1907, and his wife Bernice Alexandra "Ray" Kaiser Eames, born in 1912, were an American design team that made iconic furniture and architecture. They are famous for the Eames Lounge chair. Charles passed away in 1978 and his wife passed in 1988. 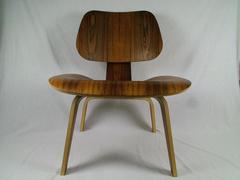 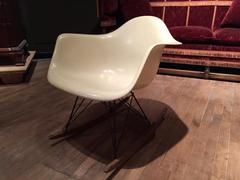 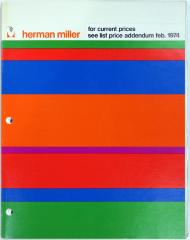 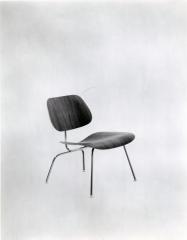